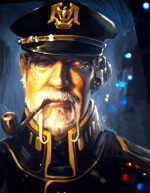 Thanks for your email

You will be glad to know we are currently re making the moulds for the
BFG range and should hopefully start to filter them back on the website
in approximately 4-6 weeks.

It will not be the whole range straight away as the making of new moulds
im sure you can appreciate is a large task, so the items will appear as
and when the mould is made for it

So no need for selling of body parts - all is well 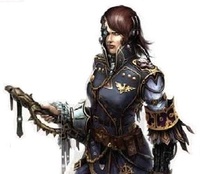 > From cafeine to reality <

Issue d'une convention de Forgeworld:
"...Forge World seminar
IA:9 will be Badab War part 1(the book should released sometime next month)
9 chapters will be featured in the first book
12 new Space Marine characters will be in the book (some of them will be getting models)
New transfer sheets and Etched Brass
New rules for boarding actions
IA:10 will be Badab War part 2 (their hoping to have it out by November –December)
The rest of the chapters (including the Space Sharks) to take part in the Badab War will be featured.
New Space Marine characters
New Space Marine siege army list
New rules for BFG (a small chance of a new model or 2, but unlikely)
IA:11 will be Eldar vs. Space Wolves, Cadians, and Elysians
Set to take place on an Ice World
Phantom Titan due out this year (maybe)
No solid info on what the Eldar will be getting, but we do know of small light skimmer, troop upgrade kits, and more then likely a super heavy
No news of what the Woves or guard will be getting.
A reprint of IA:1 (with updated rules) due out sometime next year.
IA: Masterclass vol. 2, out some time next year
A random Necron model has apparently been made
A new grot tank (The mega grot tank?) has been made and doesn't look bad. Should be seeing it soon...."
On ne nous a pas oubliés....... 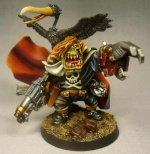 > From cafeine to reality <